They took place at Treforest FC, with the Men’s 4s superb season recognised at the annual event.

The team won nine and drew one of their ten games, securing the Western 5B League title at the start of February with a 2-0 victory away to Gloucestershire University 3rd.

Coach Liddiard said: “Winning the league was a special moment for the lads and I, something we worked hard to achieve. After coming so close in the last two seasons we finally got over the line!

“Being unbeaten was a huge driving force to the title, university football is always so tight and we knew if we remained unbeaten any team would struggle to catch us.

“A successful season with a group of players who will remain close friends for a long time.” 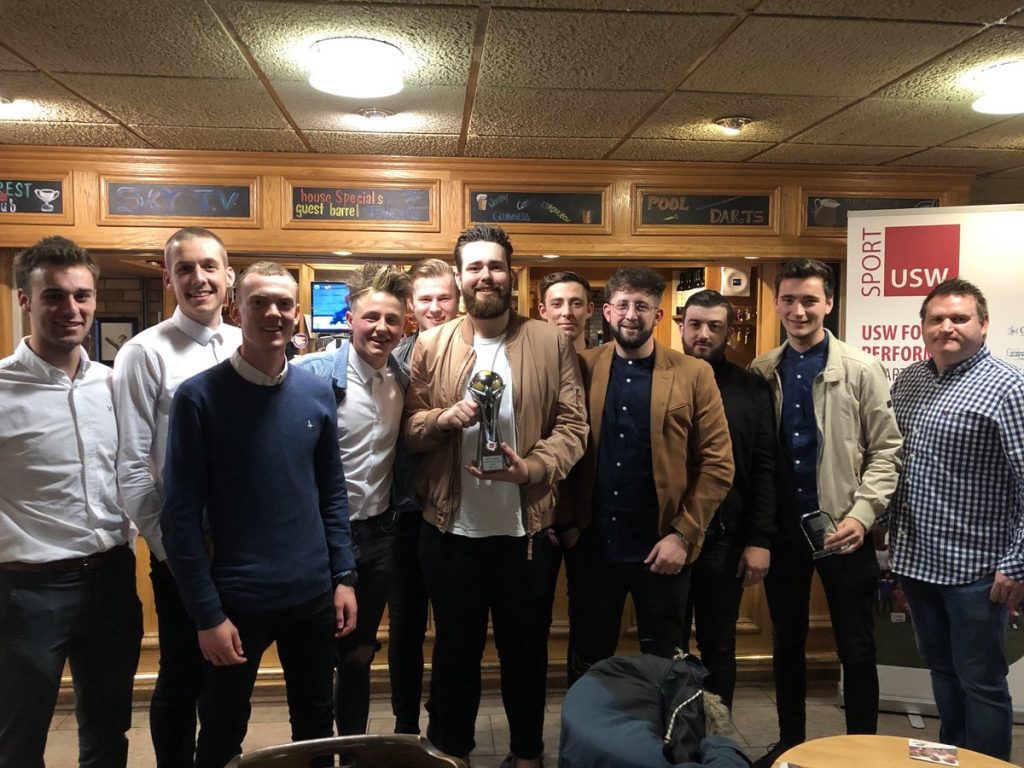 Steve Savage, head of performance for USW football, was responsible for selecting the team of the year and made his decision based on what he called “their fantastic success in winning the league unbeaten”.

He also picked up a surprise award to mark his ‘long and valued support’ for football at USW. It was presented to him by Men’s 1st captain Joe Evans. 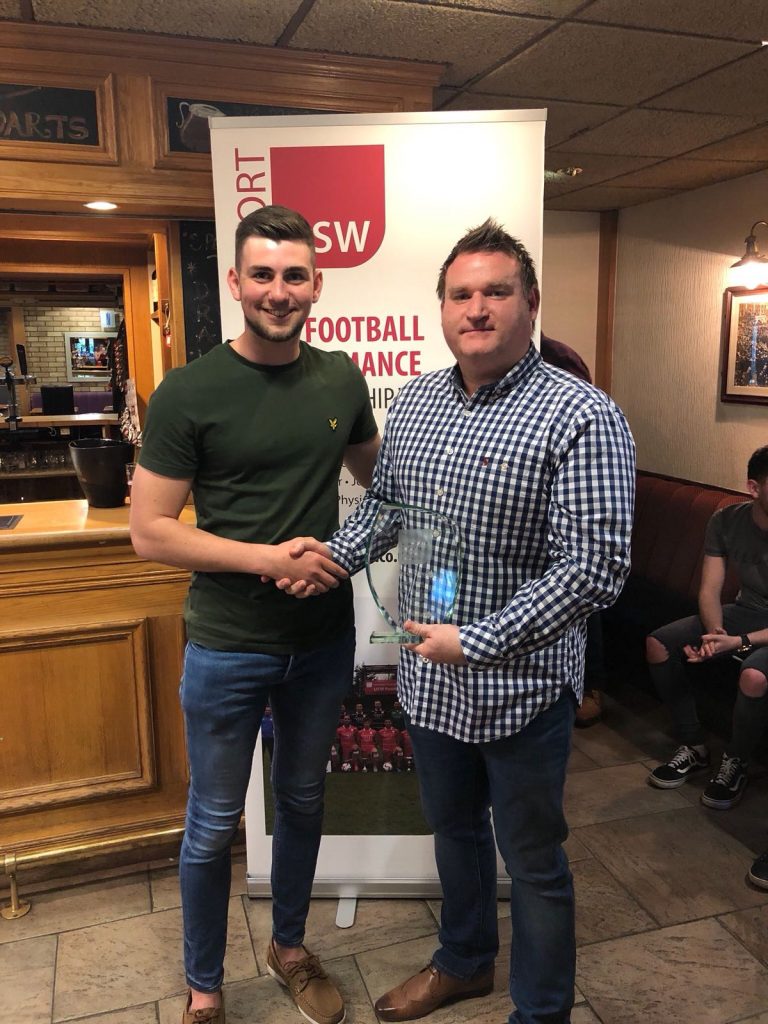 He is also USW’s Sport and Business Development Manager, overseeing the running of the Sport Park in Treforest, which recently opened a new multi million pound facility, including the only full-size indoor 3G football pitch at a university in Wales.

“I’m delighted that the students and staff involved in USW football value the programme, as it fills me with pride seeing the students develop on and off the pitch during their USW journey,” said Savage.

The annual event recognises the player’s player of the season from each team. The winners were:

Next Friday sees the USW Sport Recognition Awards for 2018, at the SSE SWALEC Stadium, Cardiff. Shortlisted nominees have been selected in each category and the winners will be announced on the night. 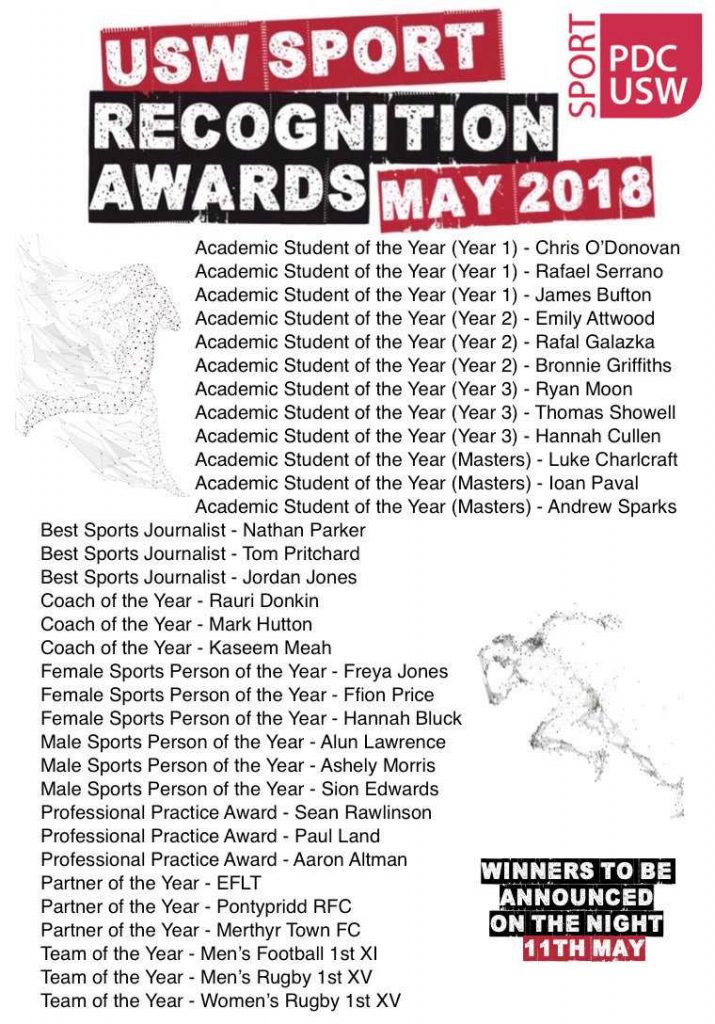 Savage pleased with a point as his USW side remain unbeaten

by Ffabian Pugh STEVE Savage’s USW side secured a well-fought point against Hartpury University, playing most of the second half with 10 men. The gaffer was pleased with the final outcome: “It was good, we’ve […]

by Halen McCarthy Changing tactics: In the early stages of this tie, USW made a tactical change as Oxford didn’t play the system that was expected. Kaseem Taylor, USW coach, switched the full backs then […]